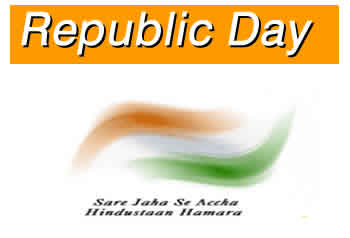 PREAMBLE
WE, THE PEOPLE OF INDIA, having solemnly resolved to constitute India into a SOVEREIGN SOCIALIST SECULAR DEMOCRATIC REPUBLIC and to secure to all its citizens:
JUSTICE, social, economic and political; LIBERTY of thought, expression, belief, faith and worship;
EQUALITY of status and of opportunity and to promote among them all
FRATERNITY assuring the dignity of the individual and the unity and integrity of the Nation; IN OUR CONSTITUENT ASSEMBLY this twenty-sixth day of November, 1949, do HEREBY ADOPT, ENACT AND GIVE TO OURSELVES THIS CONSTITUTION.

On Republic Day regional identity gives way to national identity. Neither caste, creed nor religion matter. What is predominant is the Indianness of the people.